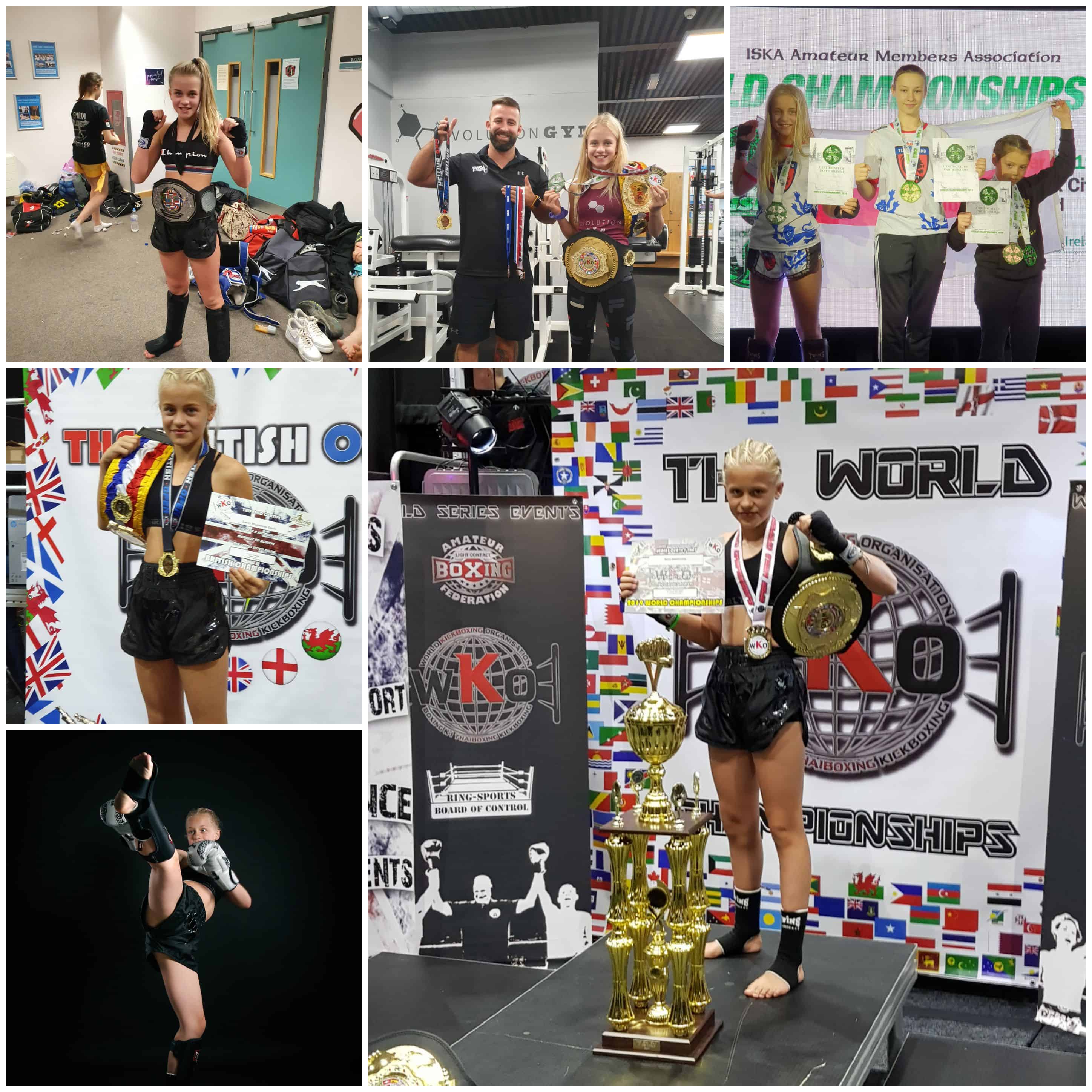 Local Muy Thai Kickboxing champion, Lacey Masterton-Davis, age 13, has been competing and training in facilities across the country thanks to sponsorship from Acclaim Logistics. Born on the Isle of Wight, Lacey has been training for 3 and a half years, and has already achieved the status of World Champion alongside a host of other accolades.

With the support of her parents, Steven and Gemma, Lacey has competed in competitions and championships across the country, with the goal of being a part of the 2024 Olympic Team GB. Balancing school, family time and training can be tough, but Lacey is determined to make it to the Olympics and is dedicated to her training, even at such a young age. She truly is an inspiration!

Living on the Isle of Wight can prove to be a challenge for people like Lacey and her family, as her training includes sessions at a gym in Watford every Saturday, which can create travel expenses in excess of £400 a month. Recently, Steven and Gemma Masterton-Davis, Lacey’s parents, reached out to local businesses on the Island including Acclaim Logistics to ask for support to help with travel costs.

Since receiving financial support from Acclaim Logistics in February, Lacey has been able to attend all of her training sessions without having to worry about the cost of travel.

“Without Acclaim we would have to prioritise which training sessions or events to attend, but with the generous help offered by Mark we can do all of them without having to worry about the cost of the ferry.” Steven said.

“Two years ago, we had to miss a couple of I.S.K.A England training camps due to costs, and now we don't have to worry which is such a relief, especially as this could be a very busy year for Lacey. Acclaim’s support is vital to Lacey's progress for her to train and fight at the level she is at, and we are so grateful to Mark and the team for their generosity.”

Lacey is due to fight at the Super Fight Series in Luton this summer and is looking forward to adding to her collection of titles this year. Keep up with Lacey’s progress on our social media platforms as we will be posting regular updates!

Established in 1993, Acclaim Logistics is an independently owned and managed freight carrier, with a fleet of over 40 vehicles and a large network of approved international freight forwarders. We offer a range of distribution services, ranging from same day deliveries to full artic loads, and are members of APC Overnight, Palletways and the Palletline pallet networks.  With locations in both Cowes and Totton, we specialise in the transportation of freight to and from the Isle of Wight.

To join our team or enquire about our logistics services, contact us on: 023 8086 0722 or email: hello@acclaim-southampton.co.uk.

Posted in Isle of Wight, News